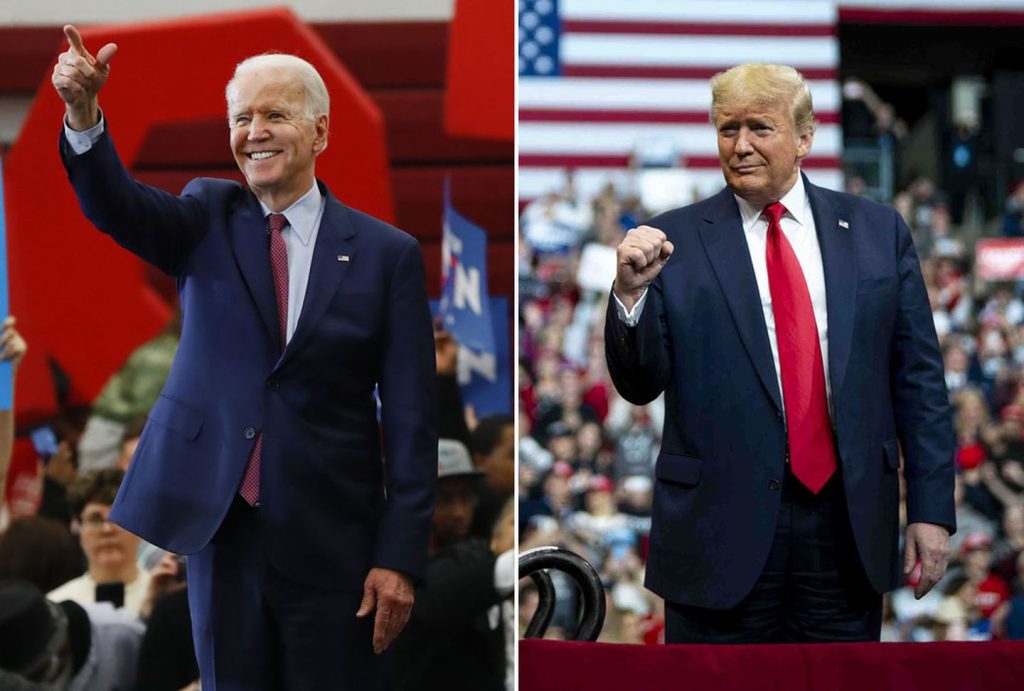 INVESTMENT UPDATE: WHAT TO MAKE OF THE AS YET UNDECIDED US PRESIDENTIAL ELECTION?

As you are no doubt aware, the result of yesterday’s US presidential election is not yet known. With 43 states having declared their results, the race is much tighter than the polls predicted and neither Donald Trump nor Joe Biden have enough votes from the electoral college to claim a victory. To do so, they need to gain at least 270 of the electoral college’s 538 available votes. At the time of writing, Trump has 213 votes and Biden has 238 – 87 are yet to be declared.

We will have to wait a little longer to find out who will be calling the White House home for the next four years. Of the seven states yet to declare results, the spotlight will initially fall on Michigan and Wisconsin. Considered key swing states, both are expected to confirm their results in the next day or so. After that, attention will likely turn to Georgia. Victories in these three states would be enough to see Biden secure the presidency. However, if the votes are split, all eyes will be on Pennsylvania, which is unlikely to declare its results until Friday at the earliest.

Trump won each of these key states in 2016 – three of them by less than 1% of the vote. However, heading into the election, Biden led the polls in all four states, but not by very much, and as this election has once again made clear, pre-election polling can be extremely unreliable. Nonetheless, at this stage, the path to the White House looks fractionally wider for Biden than it does for Trump.

While Democrats appear to have retained control of the House of Representatives and can remain hopeful of securing the presidency, their prospects of seizing the Senate look slim. Prior to the election, investors had anticipated that a Democratic clean sweep would clear the path for a $2 trillion infrastructure-focused spending spree. However, under the combative leadership of Mitch McConnel, a Republican Senate is very unlikely to give the green light to government spending at anything like this level. Given the challenges facing the US economy as it continues to struggle against the ravages of the Covid-19 pandemic, the risk is that partisan hostility will prevent the government from providing large, timely and targeted stimulus measures as and when required. Though the election remains undecided, the economic outlook for the US has arguably weakened somewhat.

The reaction in financial markets so far today has broadly reflected this assessment. Without large scale government spending, it will be once again be left largely to the Federal Reserve (the US central bank) to provide stimulus through low interest rates and asset purchases (also known as “quantitative easing”). Bond yields have dropped (prices have risen) – typically a sign of waning economic optimism. Meanwhile, having initially fallen as investors recognised the uncertainty of the election result, stock market indices have since bounced and are now showing gains for the day. However, these gains have not been equally distributed: stocks that benefit from low interest rates (including large technology companies) have done best, while those more sensitive to the economic outlook (including banks and commodities) have fared worst.

We will endeavour to keep you up to date as the results filter in from the remaining seven states. In the meantime, we suspect investors may have to endure a degree of turbulence as markets deal with the uncertainty of the electoral outcome. As ever, we would encourage you not to panic – whatever your political affiliations – and to remain focused on the long-term prospects for your portfolio which are shaped by many more factors than the identity of the US President.

Menu
This website uses cookies to improve your experience. If you continue to use this site, you agree with it.
Ok